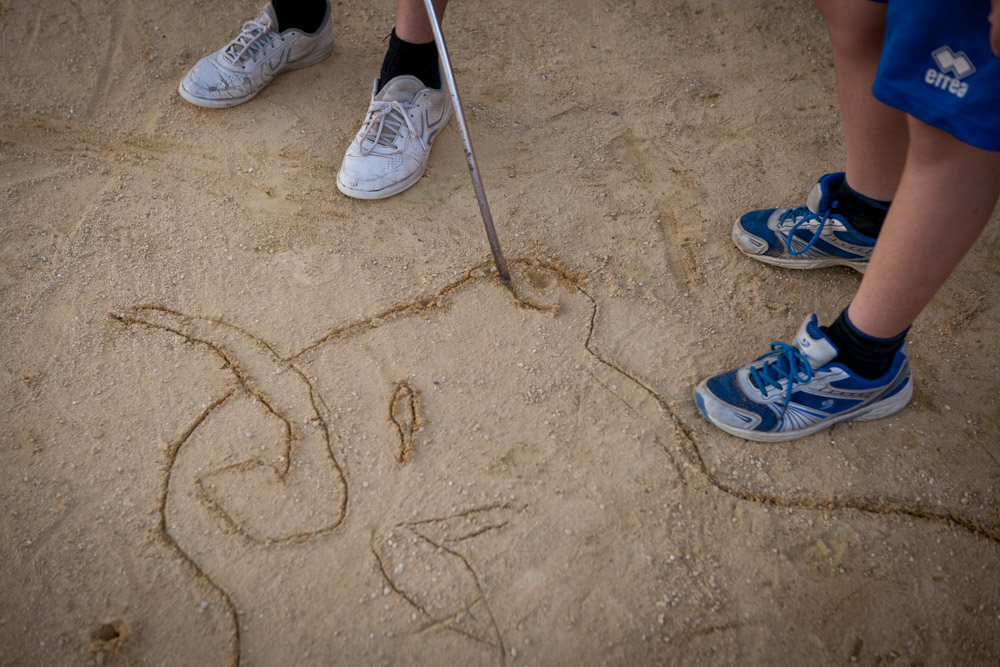 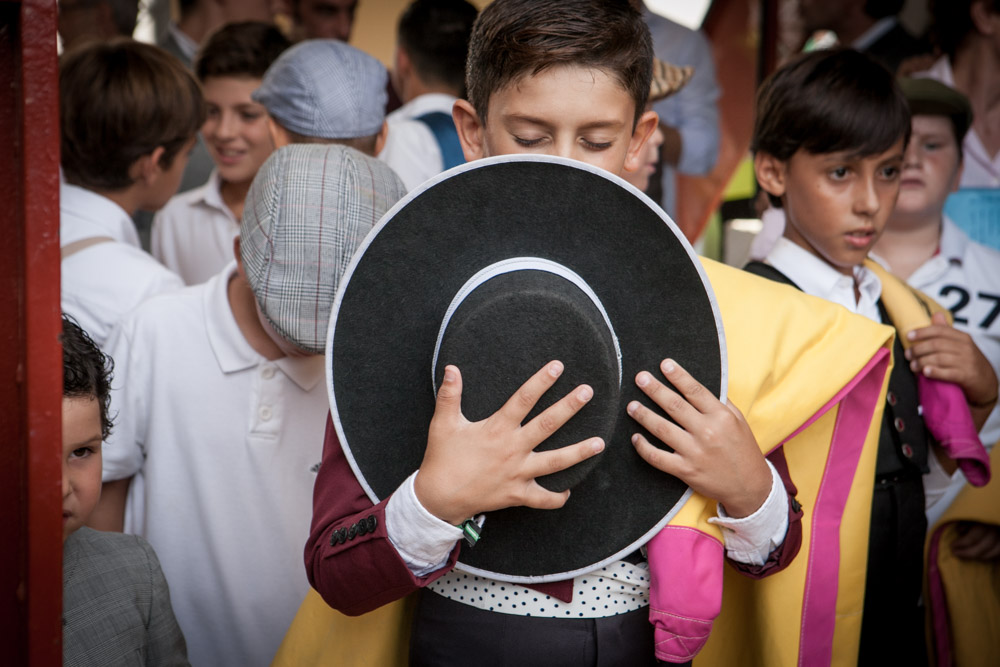 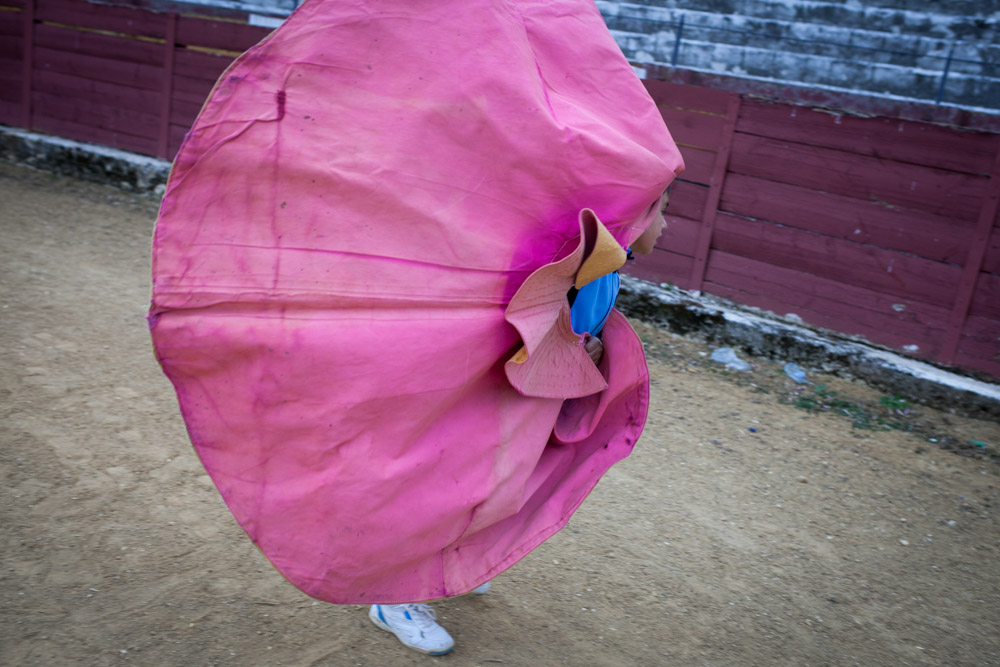 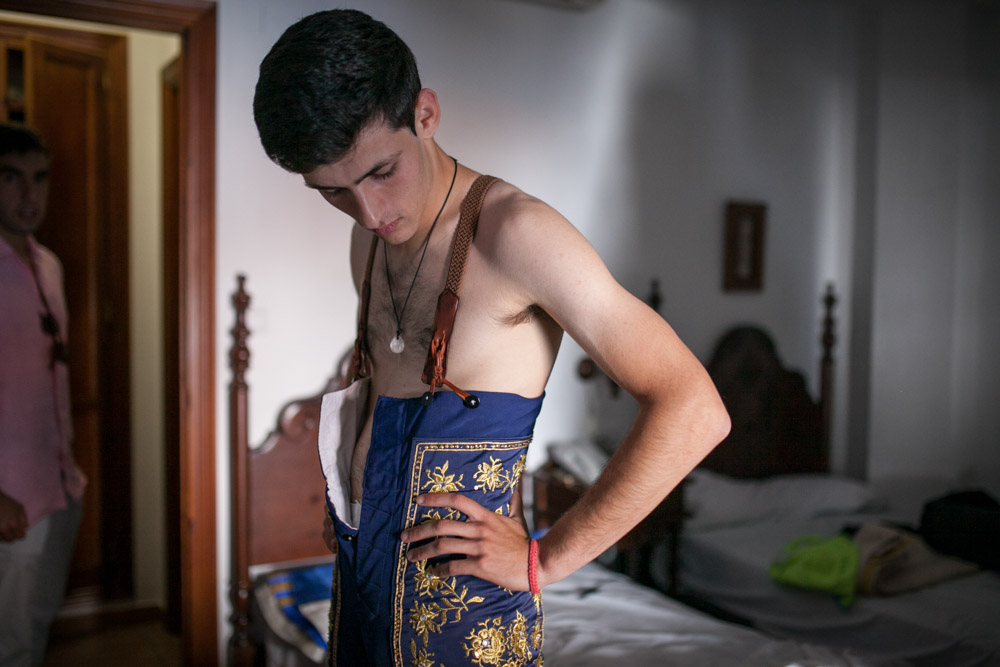 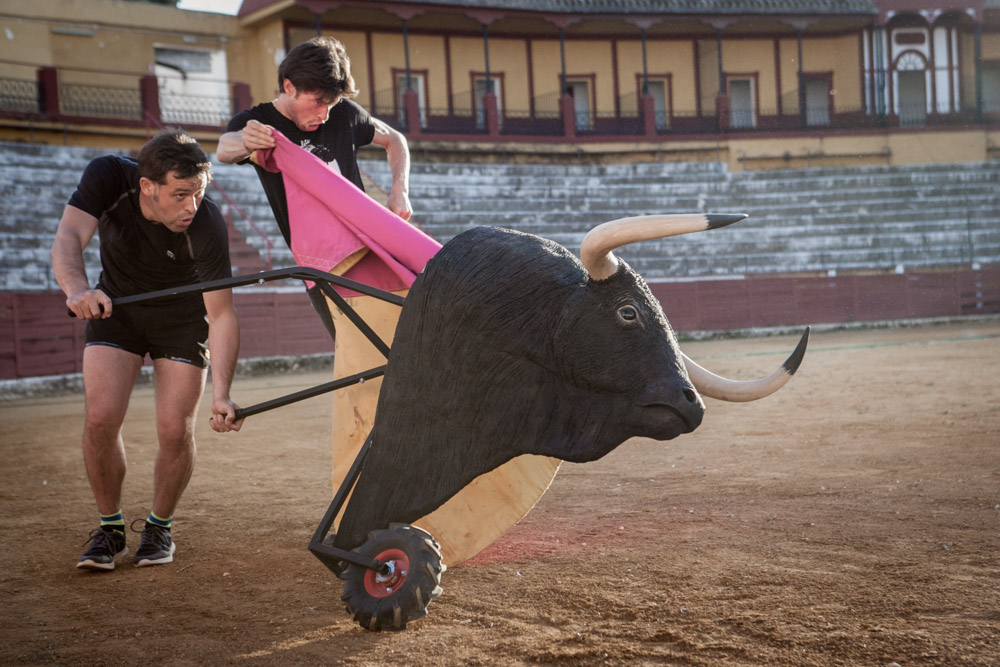 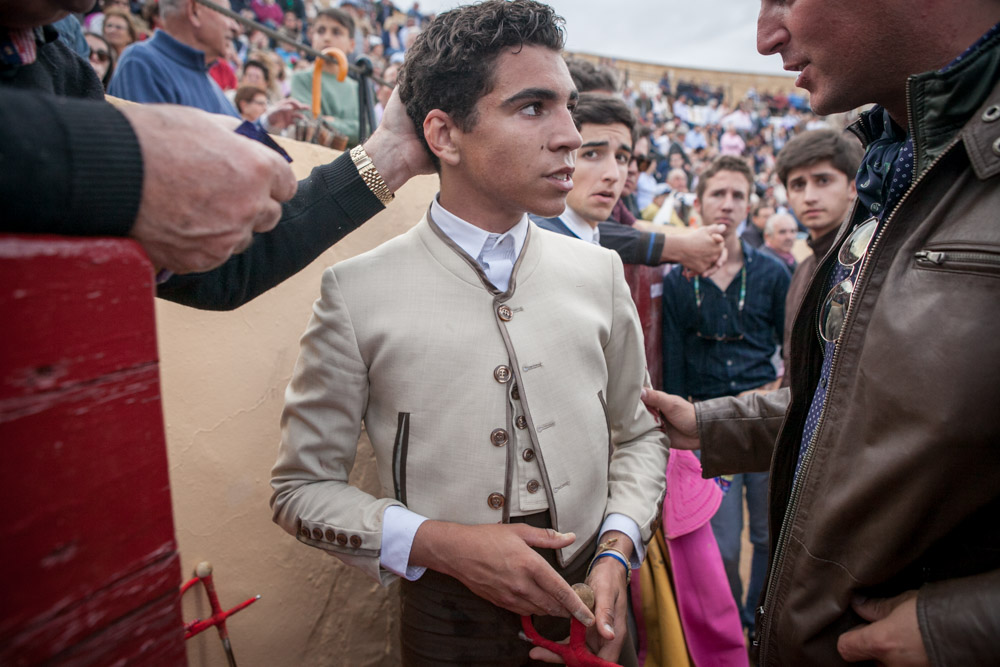 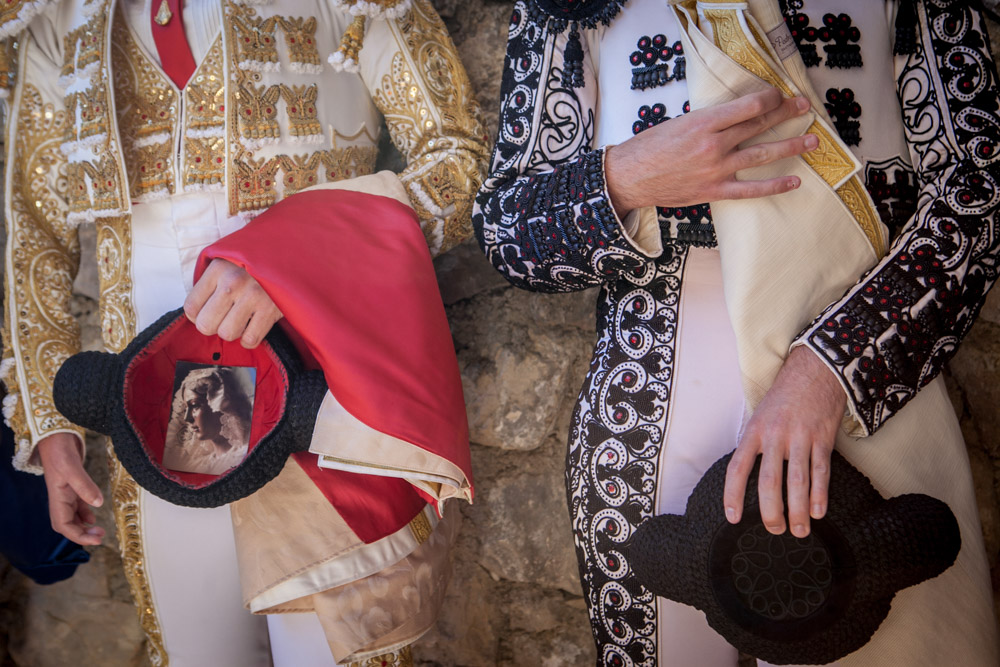 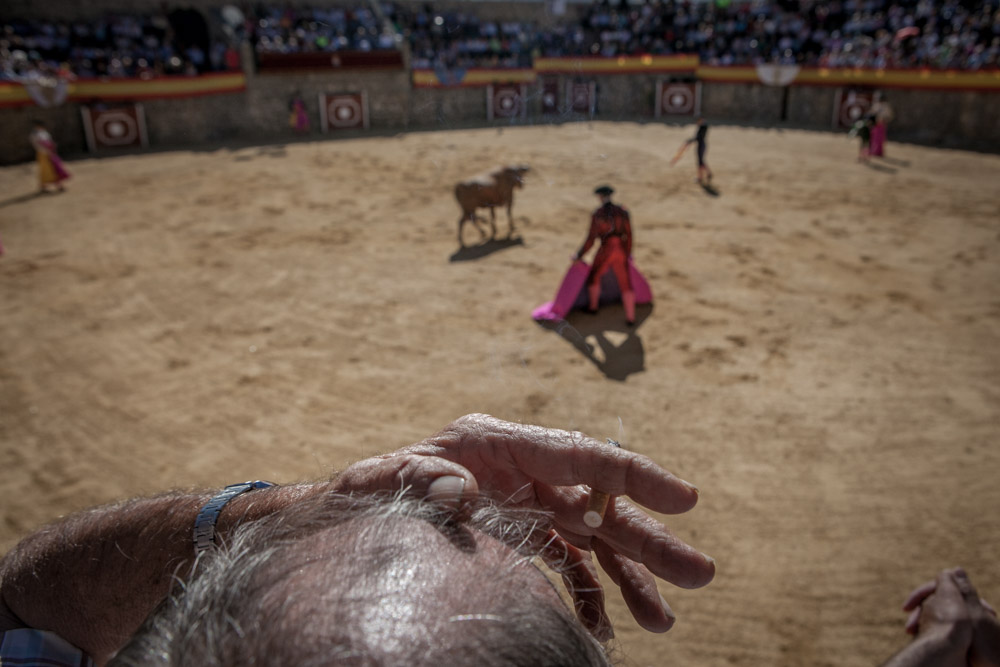 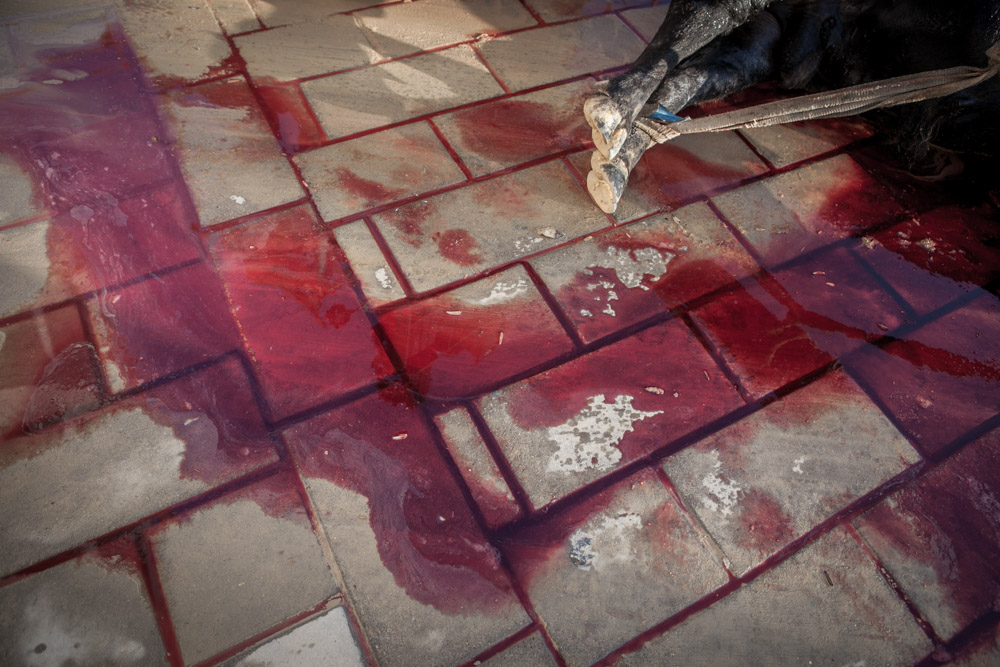 They make grotesque faces, strike exaggerated poses and wave miniature capotes, magenta and yellow capes, waiting for the attack of a bull. However, there are no real bulls in the arena – only other students, running around with horns in their heads. Nor is there real blood or real suffering. These 9-10 years old boys do not know yet what does it mean to kill. Many of them have, however, witnessed multiple deaths – they have been taken to bullrings by their fathers and grandfathers or watched corrida de toros with them on TV even as small kids. Driven by the cult of a torero, by nostalgia and ambitions of their families, boys go to bullfighting schools allover Andalucia. After some training a few get a chance to confront calves in cattle farms – still without shedding their blood. The best are allowed to take part in so called fiestas taurinas. Teenagers perform for the first time in front of the public – and they kill for the first time. Most of them like to consider it a fair duel – but it is the bull that almost always loses.